Testing is the process of finding errors in a program. To improve the performance of the software we perform testing.

Unit Testing is done during the development by developers. It is one of the white box testing. It is performed on the individual or group of interrelated units.

a.When we are checking if a loop, method, or function is working fine within a program.

b. Misunderstood or incorrect, arithmetic precedence.

In Integration testing, a group of units or components are combined to produce a single output. It takes unit tested components and builds a complete program using design.

Whenever a new module is added or any changes in the program. Regression testing  is performed to make sure that the whole component works properly after adding components.

Smoke testing is performed to make sure that software or application under testing is ready or stable to perform other testing.

If a project has 2 modules so before going to module 2, ensure that module 1 works properly.

Alpha testing is a type of validation testing also called acceptance testing which is done before the product is released to customers. It is mostly done by the QA team.

Alpha testing is performed within the organisation.

Beta Testing is performed by the end-user of the application. Software version is released for a limited number of users for testing in a real-time environment.

When testing is performed by end-users.

System Testing is performed to test the application on different operating systems. It comes under the black box testing technique.

Stress Testing is performed in unfavourable conditions to monitor the application performance.

1. Test cases that require maximum memory or other resources.

2. Test cases that may cause thrashing in a virtual operating system.

3. Test cases that may cause excessive disk requirement.

It is performed to test the speed and effectiveness of the application. We also called it to load testing.

Checking a number of processor cycles.

It is a combination of various testing techniques that help to verify and validate object-oriented software.

This testing is done in the following manner:

Why do we call “Smoke” testing ?

It is called a smoke testing as the initial pass is done to check if it did not catch the fire or smoke in the initial switch on.

If you have any questions, or simply would like to share your thoughts, then feel free to reach out in the comments section below. 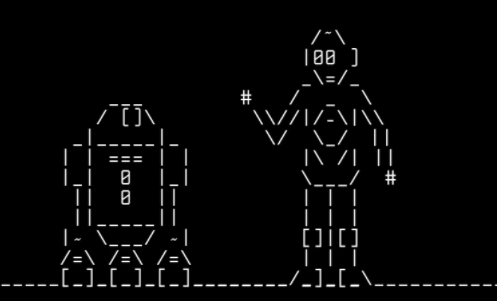 Top 50+ Selenium Interviews Questions 2022 based on Years of Experience How to use wait commands in Selenium WebDriver in Java ? Getting started with Selenium WebDriver. How to create a Selenium, Cucumber Automation project in Eclipse ? Top 50+ Selenium Interviews Questions 2022 based on Years of Experience
Author: neptune | 31st-May-2022 | views: 683
#Selenium #Testing #Interview
Every interview difficulty is based on how many years of experience you have in that field. For the Selenium Automation Tester I have divided the question on the number of years of experience...

Top 5 Highly Demanding IT Jobs in 2022.
Author: neptune | 14th-Apr-2022 | views: 436
#IT #Jobs
Nowadays Jobs are raining in the IT Industry for multiple profiles with a huge number of openings. We will cover the top 5 IT Jobs in the coming year or later...

How to create a Selenium, Cucumber Automation project in Eclipse ?
Author: neptune | 19th-Apr-2022 | views: 177
#Selenium #Testing #Cucumber
Problem Statement : Let’s consider this particular project where we will try automating the process of booking a flight ticket. Let’s get started and see how it’s done using Selenium...

Roadmap To Become Test Automation Engineer
Author: neptune | 25th-Jun-2022 | views: 130
#Testing
When I was starting my journey in test automation, a lot of questions comes to my mind. Such as…. “From where do I start?” “Best tools to use?” “Which Programming language?” “How to plan your work?”...
View More