At Stanford University Steve Job’s address commencement in 2005 is one of the most famous speeches “Stay Hungry Stay Foolish”. It has been described as a 'life-changing” speech.

“I am honored to be with you today at your commencement from one of the finest universities in the world. I never graduated from college. This is the closest I've ever gotten to college graduation. Today I want to tell you three stories from my life.

“My biological mother was a young, unwed college graduate student, and she decided to put me up for adoption. She felt very strongly that I should be adopted by college graduates, so everything was all set for me to be adopted at birth by a lawyer and his wife.

Except that when I popped out they decided at the last minute that they really wanted a girl. So my parents, who were on a waiting list, got a call in the middle of the night asking: ‘We have an unexpected baby boy; do you want him?’

“And 17 years later I did go to college.

“But I naively chose a college that was almost as expensive as Stanford, and all of my working-class parents’ savings were being spent on my college tuition. After six months, I couldn’t see the value in it. I had no idea what I wanted to do with my life and no idea how college was going to help me figure it out. And here I was spending all of the money my parents had saved their entire life. So I decided to drop out and trust that it would all work out OK. It was pretty scary at the time, but looking back it was one of the best decisions I ever made. The minute I dropped out I could stop taking the required classes that didn’t interest me, and begin dropping in on the ones that looked interesting.

“It wasn’t all romantic. I didn’t have a dorm room, so I slept on the floor in friends’ rooms, I returned coke bottles for the 5 cent deposits to buy food with, and I would walk the seven miles across town every Sunday night to get one good meal a week at the Hare Krishna temple. I loved it. And much of what I stumbled into by following my curiosity and intuition turned out to be priceless later on.

Let me give you one example.

“Reed College at that time offered perhaps the best calligraphy instruction in the country. Throughout the campus, every poster, every label on every drawer, was beautifully hand-calligraphed. Because I had dropped out and didn’t have to take the normal classes, I decided to take a calligraphy class to learn how to do this. I learned about serif and san serif typefaces, about varying the amount of space between different letter combinations, and about what makes great typography great.

It was beautiful, historical, and artistically subtle in a way that science can’t capture, and I found it fascinating.

“None of this had even a hope of any practical application in my life. But 10 years later, when we were designing the first Macintosh computer, it all came back to me. And we designed it all into the Mac. It was the first computer with beautiful typography. If I had never dropped in on that single course in college, the Mac would have never had multiple typefaces or proportionally spaced fonts.”

At last , He gave his advice to the students:

“Your time is limited, so don’t waste it living someone else’s life. Don’t be trapped by dogma — which is living with the results of other people’s thinking. Don’t let the noise of others’ opinions drown out your own inner voice. And most important, have the courage to follow your heart and intuition. They somehow already know what you truly want to become. Everything else is secondary.”

“When I was young, there was an amazing publication called “The Whole Earth Catalog”, which was one of the bibles of my generation. It was created by a fellow named Stewart Brand not far from here in Menlo Park, and he brought it to life with his poetic touch.

“Stewart and his team put out several issues of The Whole Earth Catalog, and then when it had run its course, they put out a final issue. It was the mid-1970s, and I was your age. On the back cover of their final issue was a photograph of an early morning country road, the kind you might find yourself hitchhiking on if you were so adventurous.

Beneath it was the words: “Stay Hungry. Stay Foolish.”

It was their farewell message to students.

Stay Hungry. Stay Foolish. “And I have always wished that for myself”

And now, as you graduate to begin anew,

I wish that for you.

Hope you got something from this article !!!

What about this "Stay thirsty, Stay motivated" How Sundar Pichai became the CEO of Google? 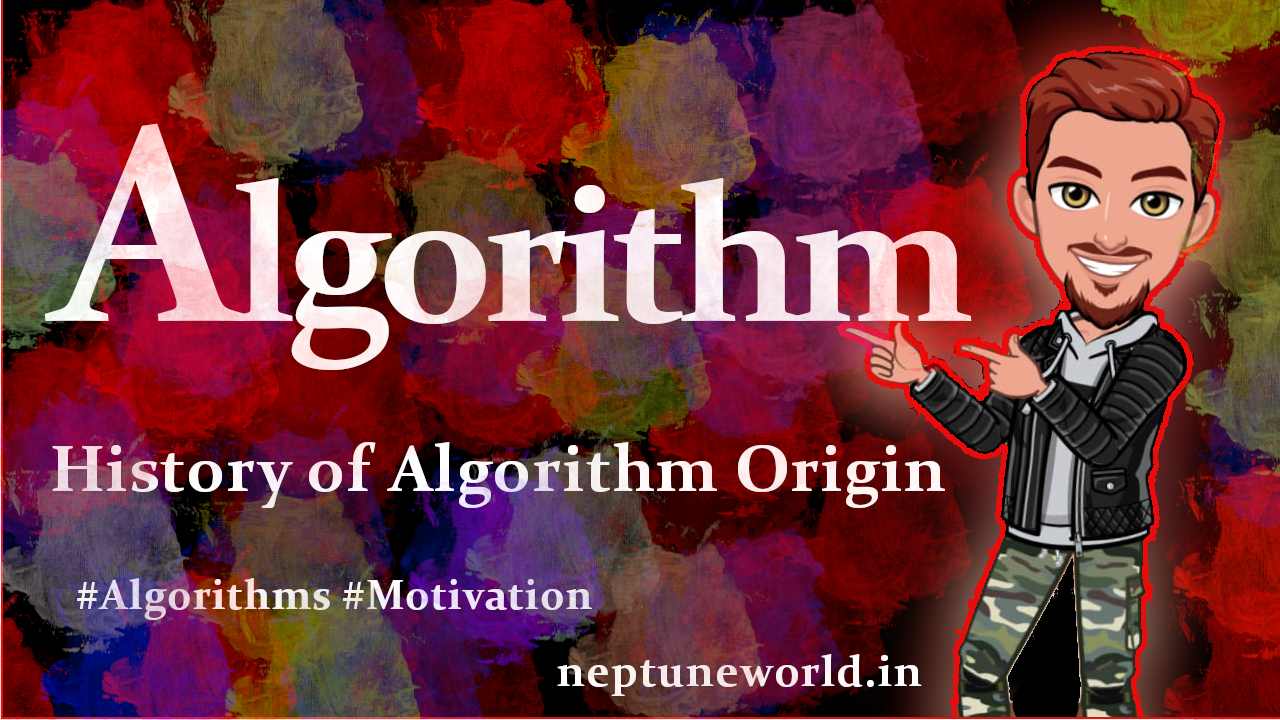 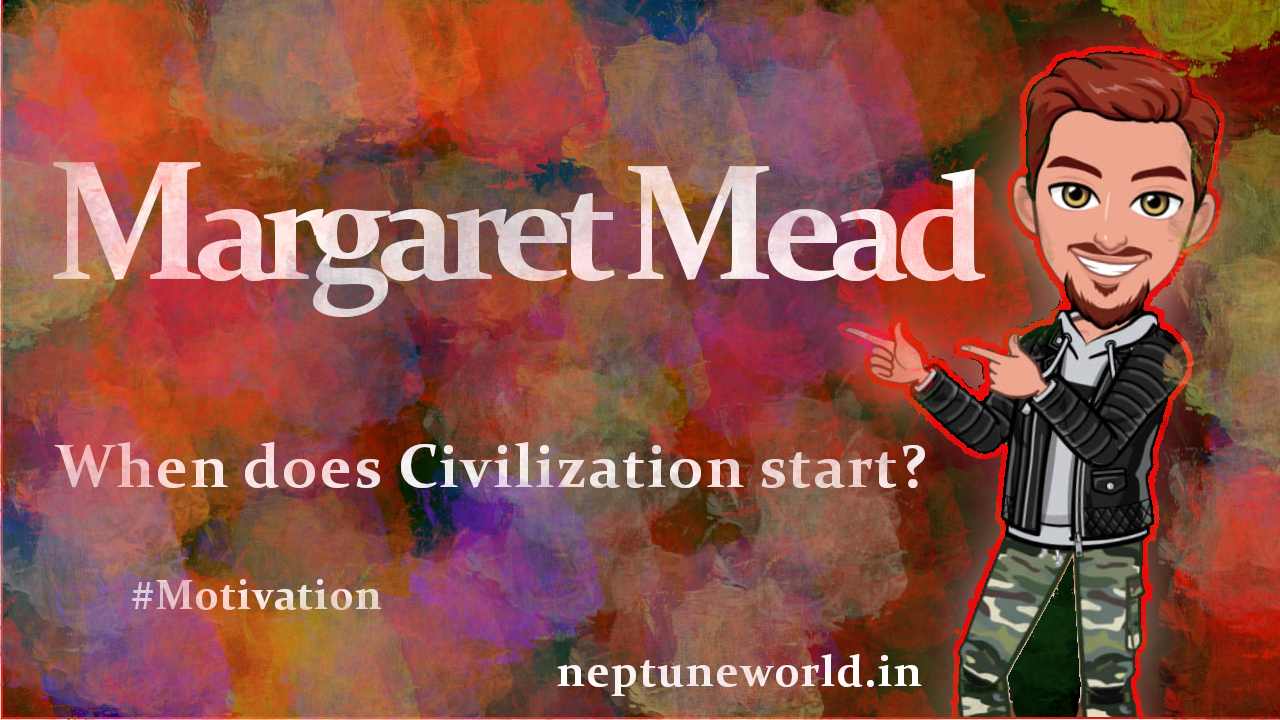 Are you Civilized ?
Related Blogs

How do you know “You are Rich?” - By IIT Student.
Author: neptune | 25th-May-2022 | views: 746
#Motivation
We all thought that we knew answer and we replied as following: “ZERO" means nothing. "INFINITY" means uncountable number”. He encounter “How number can be greater than any countable number?"..

How Sundar Pichai became the CEO of Google?
Author: neptune | 02nd-Apr-2022 | views: 348
#Motivation
Sundar Pichai's growth in Google is only due to his foresightedness towards the company's development...

Apple Man Of Himachal: 🍎Samuel Stokes🍏
Author: neptune | 20th-May-2022 | views: 160
#Motivation
He supported India by wearing Khadi, married an Indian, learned Sanskrit, and became a Hindu. He also contributed to the Indian education system in Himachal Pradesh by setting up a school...

History of 'Algorithm' Origin
Author: neptune | 09th-May-2022 | views: 158
#Algorithms #Motivation
'Algorithm' is a word that actually dates back 900 years. The word comes from the name of a Persian mathematical genius “Muhammad ibn Musa al-Khwarizmi”, who came up with the Hindu-Arabic number...

Behavior and Habits of Successful People to Follow.
Author: neptune | 30th-May-2022 | views: 146
#Motivation
Unlearn: A question comes in your mind that Why I write unlearn in good habit instead of learn? “Workaholic might think that he is hardworking until he understand that he is ruining his health"...

Steve Jobs last words.
Author: neptune | 20th-May-2022 | views: 128
#Motivation
Steve Jobs dies a billionaire, with a fortune of $7 billion, at the age of 56 from pancreatic cancer, and here are some of his last words...

Are you Civilized ?
Author: neptune | 09th-May-2022 | views: 102
#Motivation
A student asked the question to Margaret Mead, an anthropologist. Mead: The first sign of civilization in ancient culture was a femur (thighbone) that had been broken and then healed...
View More